The setup wizard can be found by entering HTTP://find.synology.com or HTTP://DiskStation: 5000 in a browser to detect the DS214play on your network. An alternative is to download the Synology Assistant from the Synology website and have it search your network for the Disk Station.

The wizard will guide the user through the set up process starting with formatting the installed disks to creation of users and their privileges. This set up process for the Synology DS214play is identical to previous DiskStations I’ve reviewed the past so I will not get into too much detail about DIskstation Manager (DSM) or its features.

All of the excellent features of DSM can be found on the on theDiskStation DS214play including Photostation, Cloud Station, Media Server, VPN Server, etc. You can check out the review of the DiskStation DS213 or DiskStation713+ for more details about DSM. 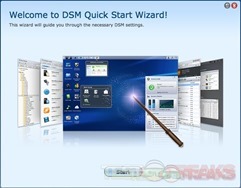 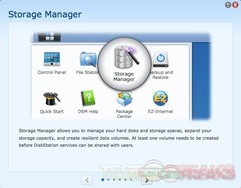 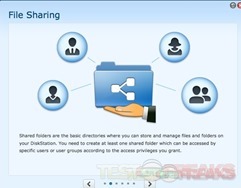 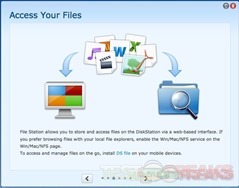 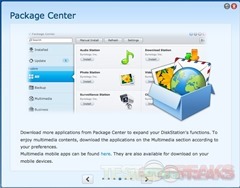 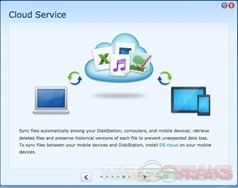 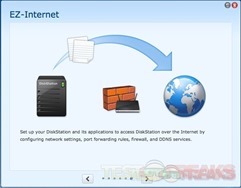 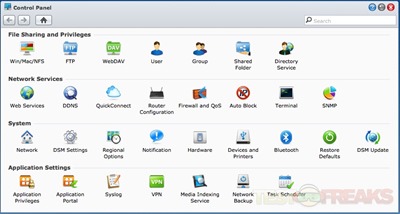 Looking at the Intel NASPT benchmarks we see that the Synology DS214play is in line with other two Bay Synology NAS in the 2xx series with slight improvements over the previous years model. 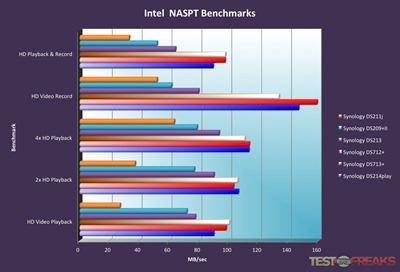 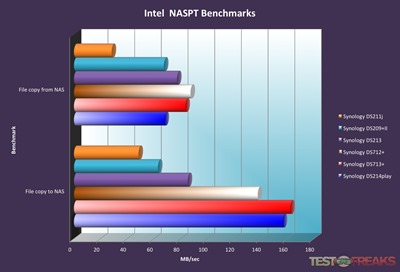 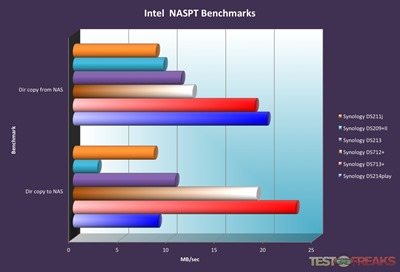 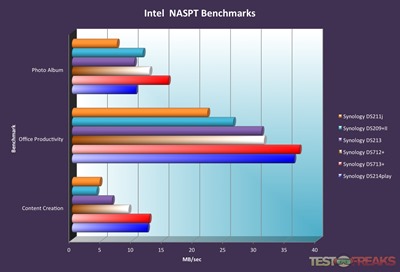 What differentiates this model from others is its ability to transcode media to 1080p on-the-fly. The Synology DS214play is designed to transcode any container or file extension with codecs H.264 (AVC), MPEG-4 Part 2, MPEG-2, VC-1 using the following containers MKV, MP4, AVI, TS, MPG, WMV and more.

I was able to test this feature using an iPhone, iPad Air and Nexus 7 using the free Synology DS Video app. In addition I used the DNLA capable Playstation 3 and an AppleTV for video stream testing.

Here is where a good news bad news situation arises. The good news is the Synology DS 214 play is able to transcode files to 1080p on the server with minimal strain on the NAS CPU when using the native Video Station and Media Server programs. Most videos played seemlessly in 1080 format to the above listed devices.

Unfortunately Synology does not currently have in agreement with DTS to use their audio codec with this NAS iteration making any video encoded using DTS non-playable or inaudible. This can be a major problem for those who have their video library encoded using DTS.

1080p playback using Plex on the Synology DS214play was not successful and used all of the CPU power during playback attempts.