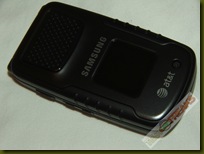 I think everyone reading this has a cellphone, and everyone is careful with them as they are a piece of technology that is expensive and yet fragile. Most of us are in contracts with our carriers, and if something happens to our phone before our contract is up, hopefully we’ve got insurance, but if not we’ve got to pay full price for a replacement phone, which is not something most of use want to do. There are few and far between phones that are rugged and made to withstand any amount of abuse, and really you have to wonder why as we as a people are not that careful with our things really, I’ve read countless stories of people destroying their cellphones just by dropping them, let alone water, dust or anything like that getting in them.

Samsung has come along and come out with a phone that is designed and made truly for not only the weekend warrior, but even a real warrior could appreciate. The Samsung SHG-A837 Rugby was announced last week, and it’s a military spec certified phone that truly is rugged and tough, it should be able to withstand most anything thrown at it, literally! So I’ve replaced my trusty AT&T Tilt with the Rugby for a week and I’ve found that it’s great basic phone, but lacks in some areas like pictures and videos, then again picture taking and videos are not the main feature of this phone, the military certification is….

So, for many of our reviews now we’re going to be featuring a video of the product unboxing and more about the product, so check out the video below and then continue on with the rest of the review:

Here’s the basic specs, you can read the extended specs and learn more about the Rugby at the Samsung web site HERE :

tech gets tough
With the new SAMSUNG Rugby, technology finally gets tough. This heavy-duty work phone makes it easy to get the job done right – with Push-to-Talk technology, a large external speaker, 3G high-speed data access, Multiple Messaging and more. It’s all protected by a rugged design that’s highly durable and damage resistant. When the going gets tough, the Samsung Rugby keeps you connected and protected.

“Samsung has developed a sturdy phone that can stand up to the roughest of environments,” said Bill Ogle, Chief Marketing Officer, Samsung Telecommunications America. “It is a no-nonsense device with easy-to-use features and a simple, one-touch button to keep you in touch with your contacts.”

push-to-talk
You don’t have time for dialing, ringing and waiting. With just a push of a button you can connect instantly with other contacts in your network. In other words, it helps you get the job done.

at&t navigator
The SAMSUNG Rugby makes it easy to get where you’re going. With AT&T Navigator at the helm, you’ll have GPS-enabled turn-by-turn directions, maps, traffic updates and more. You’ll never be lost again.

Using the phone is actually very easy, the buttons are nice and large, and easy to see. Navigating is fairly easy, once you figure out how to avoid the AT&T Junk that’s installed on there. Going from a Windows Mobile device with touch screen did take a bit to get accustomed to but after a few days I figured it out. It would be nice if the AT&T stuff was put on another menu somewhere deeper in the options as it’s fairly easy to accidentally connect to one of their services by accident.

Call clarity is very good, but it has a slight muffled sound to it, and BlueTooth works great as well, I had no problems with my Jabra BT530 headset and the Rugby. The speakerphone doesn’t sound the greatest but it works, you’re not going to be listening to music or anything though it so for voice conversations it’s fine.

As for service, I’ve never had a problem with AT&T service, in fact that’s why I’ve been with them for several years now, they’re my third cellphone provider and the first where I can get calls in my home, so I’m sticking with them.

I didn’t play with the ATT Navigator features as it’s not something I’m going to pay for, I’ve got a GPS enabled cellphone as is, and I was adding it to my contract just to test it out. If you need it though, it’s nice to have it, even though it’s not real GPS, it’s an assisted GPS that uses cell towers to triangulate your position and guide you on your way. From what I’ve heard about it’s not bad, but of course it doesn’t beat a real GPS system, but in a pinch it’ll do I’m sure.

It would be nice to be able to re-map buttons if need be, I didn’t find anything in there to do that, like the GPS or Push to Talk buttons, if I don’t want to use them I should be able to re-assign them to something else.

It’s a very well made phone really, I’m truly impressed by the build quality of the Rugby.

Here’s some sample pictures I took with the Rugby, you can see they’re not that great, and close up shots really don’t work: 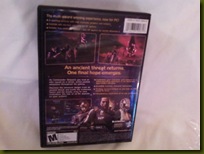 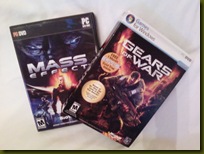 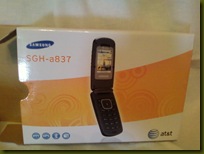 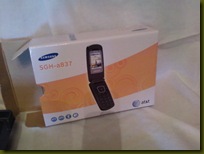 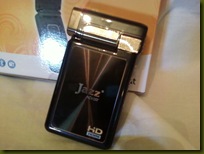 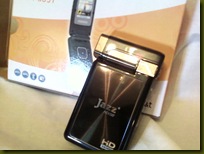 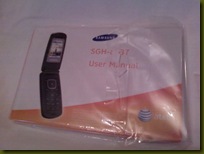 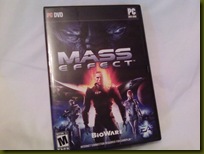 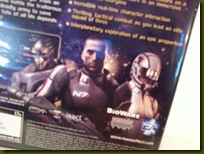 and here’s a video I took with the Rugby, bad…very bad: 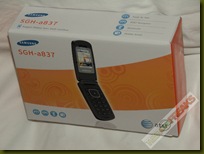 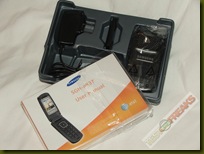 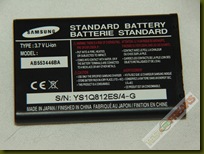 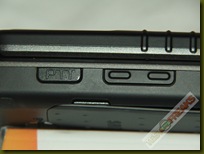 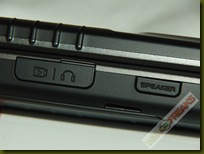 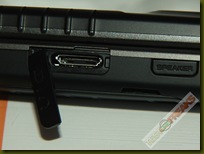 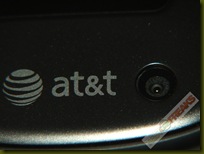 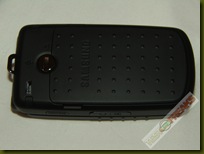 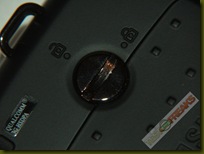 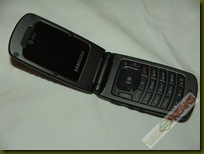 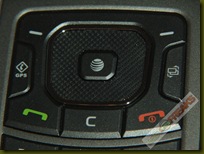 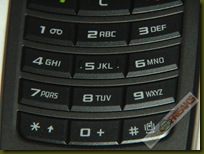 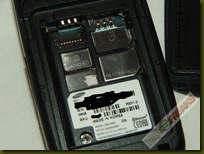 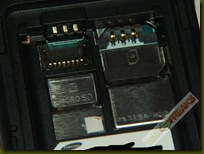 So the Rugby isn’t the greatest phone for taking pictures or videos, but that’s not really the point of this phone is it? It’s made to be a tough phone for those with an active lifestyle and/or a job that requires you to get down and dirty. This it seems it will handle very well, though since this was a loaner phone I really couldn’t put it to the test, had I been given this phone to review and keep I would have been bouncing it off the walls, letting my kids have at it, and really giving it a good testing.

All in all though just handling the phone, it feels rugged and tough, it is certified to military specs, so that should mean something and make people a bit more comfortable when taking their phone with them everywhere, no matter where their travels take them.

Personally I have two phones, an ATT Tilt and an LG C3100 Flip Phone, when I know I’m going to be getting dirty, wet, and possibly in a place that could damage my phone I’ll swap the sim card out to use the ‘cheapie’ phone. Now if the Rugby was my main phone then I wouldn’t have to worry about anything happening to it as it is made to take rugged conditions.

The interface works after you get accustomed to it, my current phone (ATT Tilt) is Windows Mobile touch screen based, so switching over to the Rugby really took a lot of getting used to for me, not only for the lack of touch screen but of course the entire interface. If I take one of my spare phones, an LG C3100 Flip Phone I find the interface is very similar, so if you’re going from a non-WinMo phone to the Rugby you should be fine.

After a week with the Rugby I did get accustomed to using it’s interface, even though some aspects of it are a bit questionable, of course we’ve got the standard AT&T bloatware and advertisements built in to get you to buy their other services that seem to be right in your face at times, this I could have did without, if I want those services I would sign up for them, and I think every other person agrees on that point.

-Tough and Rugged, well made

-Large easy to use keypad

-Navigation could be better