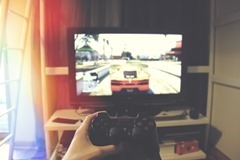 Video games these days bombard you with a huge amount of things to do and collect. They offer loot of varying rarities to collect and complete your collections, they feature RPG-style progression systems complete with XP and levels that you hit to unlock even more loot. While they keep you engaged, these systems can also be tedious and a huge amount of hard work.

But what if getting unlocks in games was a whole lot easier? What if you could get freebies quicker, without all of the legwork? Thankfully, there are some little-considered ways to get ahead in your favorite games.

When you discover a game that you’d like to play, that’s a few months away from being released on your PC, mobile or console of choice, what do you do? If you only make a quick mental note that you want to play the game and don’t actually do anything about it until the release date, then you may be missing out.

In order to measure interest, developers and publishers typically offer pre-order bonuses such as XP boosts, exclusive outfits and other in-game goodies. For example, one of the Battlefield V pre-order bonuses includes the Ranger Set for your Firestorm (battle royale) character. That may just give you a nice character makeover and a weapon, but it’s something that other players won’t have at launch, just because you chose to pre-order the game.

Our next tip for getting freebies in your favorite games is to consider whether a game has retail-exclusive bonuses. Amazon and UK retailer GAME, for instance, may have different bonuses for buying with them. There may be variations of in-game emotes, differently designed cases or something else entirely. Either way, it’s important to shop around.

The game goes for games that are only available online too. Casino games, in particular, are offered by different providers and you can luck out by exploring your options. The Betfair casino promo offers allow you to get bonuses on your favorite casino games including free spins on fun, fruit slot Berry Berry Bonanza, or the horror-themed Vampire Princess of Darkness. You benefit massively by doing your research.

Our final tip is to make sure you refer your friends. In addition to bonuses like those detailed above, many game developers often offer refer a friend systems in which you get some sort of boost or in-game unlock just for getting another person to play the game.

World of Warcraft‘s refer a friend feature is one notable effort as it rewards players with in-game mounts and a month of free game time, thereby making the game cheaper to play. This is worth exploring even if your friend already planned to sign up at the same time as you did.

These little-known ways of getting freebies in your favorite games will hopefully reduce the time you commit to the grind! Get ahead by using these tools and make the most of the offers available to you.

← Review of NULIPAM Portable Camping Wood Stove Kit
Got an Idea for an App? →