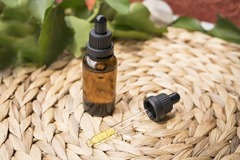 The health condition fibromyalgia is characterized by experiencing chronic pain. As you can imagine then, for those people who suffer with it, it can make life very difficult. As it stands there are not many forms of treatment for it and so this has forced many sufferers to seek out alternative ways of managing their pain, such as CBD products.

What The Science Says

A study was conducted in 2015 that examined previous research into the use of CBD for managing chronic pain caused by the condition fibromyalgia. Of the eleven individual pieces of research, seven of them showed that CBD was effective in relieving pain.

Another review that was done in 2015 looked at twenty eight separate clinical trials for the use of CBD as a means of treating pain. The vast majority of these trials focused on the type of pain that was brought about by a condition known as multiple sclerosis. From this review, it was evident that using CBD products, such as penguin cbd oil, are able to treat chronic pain.

In 2017 a further study came to the conclusion that CBD is able to counteract the over sensitivity of the cells in the body that surrounds the nerves that produce pain for people with fibromyalgia. However, it did also state that more research is required on this particular subject.

A more recent randomized study performed in 2019 delved into the effects of a CBD and THC based drug called Bediol on sufferers of fibromyalgia. What it found was that when the drug was taken, sufferers reported a decrease in pain scores by about 30 percent.

In 2020 some data from a large scale study showed that CBD has a good effect on combating the pain associated with fibromyalgia. However, the study was lacking in some specific areas and so more research is required in order to be conclusive.

The Difficulty Of Finding Evidence

Many of the studies and trials that have been conducted are still lacking in some certain areas, mainly because of the fact that CBD is still widely restricted in many parts of the world. As and when it becomes more and more accepted and eventually legalized by more countries, greater amounts of research will be able to be done.

It is typically the case that most CBD trials have very few participants, do not include any objective measures, show conflicting results, and do not include any placebos or control groups. It is also difficult for those scientists who are conducting the research to get their hands on good quality CBD in order to do the tests.

It is clear to see that CBD products can have some effect on managing the chronic pain caused by fibromyalgia. Most people find oil to be the best way of administering the substance to themselves. Because of the current boom, there are many different brands out there on the market. For information on one of our favorites of these, check out the following link – https://www.thedailybeast.com/penguin-cbd.