For those 5 people out there that have never used Facebook, it’s a social network service where users can create a profile with photos, contact information, personal interests and just about any personal information you can think of, really. And communicate and share this information with family, friends, acquaintances, old high school friends, business associates, total strangers and well, anybody. 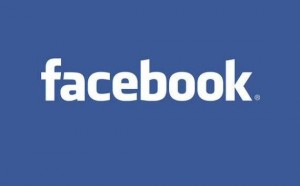 As of January 2011, Facebook has more than 600 million active users, according to Wikipedia and growing every day. According to Social Media Today as of April 2010, it is estimated that 41.6% of the U.S. population has a Facebook account – that is staggering.

Which leads me to… kids. Facebook’s official age requirement is thirteen. But I’m sure many younger kids lie (with or without their parent’s consent) and open up Facebook accounts. At CheckFacebook.com, the most current statistics shows that there are 844,940 (0.6%) <=13-year-old users and 13.5+ million 14 – 17 year old users on Facebook… this number is the U.S users only, by the way.

That’s a lot of kids.

A lot of kids whose safety and privacy could be potentially at risk, if precautions and common sense are not practiced. Personally, I don’t think young kids or tweens should be using social networking sites. Even high school kids have a hard enough time using social media effectively and safely – with cyber-bullying and predators to contend with.

So, what can we as parents do to keep our kids safe on Facebook (or any social networking site, for that matter)? Here are a few steadfast rules to follow:

Have Eyes In The Back Of Your Head

When I was young, I thought my mother did indeed, have eyes in the back of her head… as does my son, now. What I mean by this, is to be the “know all, be all” to your kids. Make sure that you know their passwords. In fact, depending on their age and your comfort level, you may even decide to create their Facebook account and create the password yourself and not share it with your kids (at least till you feel comfortable in doing so).

When they want to log on, you’ll have to do it for them. This way YOU will be in charge. And you’re kids can’t just get on anytime they want.

Be Their Parent And Their Friend

I feel like you should be your kid’s parents NOT their friend (not until they’ve reached adulthood), but as far as Facebook goes… be their “friend”. If you don’t have a Facebook account, make sure you get your own, and friend them. And their friends, as well. I don’t suggest that you talk with them – no posting on their wall, or the walls of their friends, unless they tell you they’re okay with it. You’re there to watch over them, not to embarrass them. And, as I said, “in real life” your their parent not their friend.

Make sure that the things you post to your profile sets the tone for what kinds of things you expect from them. Don’t post profanity, nudity or anything that you would not find acceptable in your real lives, on Facebook. The saying, “do as I say, not as I do”, should not apply here.

Social media can be addictive. You can spend hours on Facebook without even realizing it. I love Facebook as much as the next person, but I do realize what a time waster it can be. It’s great to be a little “social” and have some fun on Facebook, but don’t allow your kids to be consumed by Facebook, or the computer in general. Make sure your kids spend time reading, being physical and spending time being “social” in real life. All things in moderation.

Don’t Let Things Come Back To Haunt You

Impress upon your kids that things they post on their profiles (or anywhere online) can come back to haunt them. Talk with them about how posting inappropriate comments and pictures, for example, could someday cost them entrance into a particular University or a job.

What I mean by this, is… without being all doom and gloom, make sure your kids know that there are some bad people out there that prey on kids on sites like Facebook. You don’t want to terrify them, but you want them to be aware. Teach them the importance of not revealing too much information. And, absolutely never friend someone unless they know them in real life.

As your kids get older and show good common sense, responsibility and earns your trust, you can back off a bit. But, always keep a watchful eye out. And keep the lines of communication open so they always feel comfortable talking with you about anything. Just don’t forget to be the parent and if they cannot abide by your rules and practice the safety rules you set – do not allow them access to Facebook.