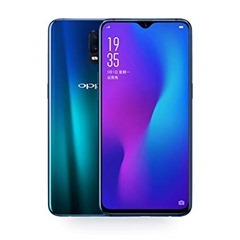 A leading global smartphone brand OPPO has finally arrived in Saudi Arabia bringing products with breakthrough technology in an artistic design. In parallel to this, they also launched their hero smartphone series; the OPPO R Series. They come in two types, OPPO R17, and OPPO R17 Pro.

OPPO announced its expansion to Saudi Arabia in a high-profile launch event dubbed “Seize the Night” which was held in Riyadh. The company said it would maintain its KSA headquarters. Company executives, during this launch, showcased the company’s technology vision.

OPPO, ever since getting into the global smartphone market in 2011, has grown tremendously to become among the world’s most popular smartphones. There are over 200 million consumers globally who use OPPO smartphones.

In 2016, OPPO was the top smartphone brand in China. OPPO has made an intentional aggressive expansion plan. The plan has included expanding into Western Europe.

The company has increased their global Research and Development (R&D) spending. For 2019 alone, they spent a total of $1.43 billion.

In a bid for expansion, OPPO started adjusting its product line to offer mid and high-end products. Earlier this month, OPPO opened a new hub for the Middle East and Africa regions to head its continued expansion.

Andy Shi, the President of OPPO Middle East and Africa, said that they believe the crucial thing is giving consumers access to premium technology. He insisted that they have been doing so for years as the company values exploration.

Shi added that OPPO’s journey had brought them to Saudi Arabia, and they were incredibly excited by the opportunities in the Kingdom as it is a country with a thriving young population, a diversifying economy and one with consumers having embraced creative technologies. She went on to say that they were confident that OPPO would bring a new dynamic to the Kingdom’s consumer electronics space.

The truth is, sometimes, you’ll have issues installing some programs on your PC as explained here https://techloris.com/msvcr120-dll-is-missing/, but just like the phone industry, each company tries to ensure that both software and hardware problems can be easily solved.

Clients in Saudi Arabia will be able to purchase their preferred OPPO phone soon through various online and offline channels.

FMP is OPPO’s national distributor, and the OPPO products will be distributed across Saudi Arabia by the distributor.

There are plans by OPPO to extend its business throughout Saudi Arabia with the support of additional partners.

The first entry smartphones will be the OPPO R17 and OPPO R17 Pro. The R Series is among the most popular smartphone lineups with excellent features.

Some research firms; Counterpoint and Strategy Analytics declared OPPO R9 2016’s bestselling smartphones in 2016. Later on, in 2017, the R11 was the bestselling Android phone of the year. 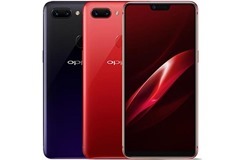 Features of the OPPO R17 series

We all get that one of the biggest challenges in the smartphone industry is night shooting. The OPPO R17 comes with an Ultra-Night Mode feature which contains noise cancellation, long exposure stabilization and a broader dynamic that helps one take a clear shot.

Its AI Ultra-clear Engine is an image-enhancing tool which enables pixel-level color restoration to show your favorite shots the way they actually look.

The R17 Pro has the SuperVOOC flash charging tech which uses up to 2.5 times the charging power than that of a regular VOOC adaptor.

The AI Beauty Camera with the 25MP front camera makes it easy to define yourself depending on your preference. It lets you decide how to take your own perfect shot.

It has a natural layering feature that is made possible by the dual rear camera.

OPPO R17 has a new three-color gradient design. It contains a light-condensing layer which allows light to flow on the device’s surface which demonstrates an original color aesthetic. It is fingerprint-resistant and durable.

The R17 Pro comes in Emerald Green and Radiant Mist while R17 comes in Nero-Purple and Ambient Blue.