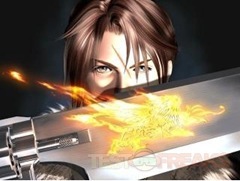 So yesterday I posted an article by Alyssa entitled ’10 Hottest Gaming Characters’ and Sheila aKa Jube, over at IGN decided not to post it as news, but instead she decided to attack it with her own opinions and list her choices for the top ten. The following is the response from Alyssa to Jubes’ post, unedited of course…

Don’t you hate it when shallow morons redefine "subjectivity"? Or do you know what that word even means, Jube? I’ll try to take it down a few syllables to make this understandable for some people. But since your opinion is so much loftier than mine, let’s examine what we know about you from your choices.

Top 10 Things We Know About Jube From Her List

Conclusion: If you want to get with her, just bring a massive weapon.

9.) Marth vs. Mario – Royalty is less appealing than a plumbing career.

Conclusion: Butt cracks must have become the new trend in the past few days.

8.) Squall vs. Legolas – If it was a top ten hottest male actors, I’d put him at 11. But congratulations on being predictable.

Conclusion: She is helplessly vapid.

7.) Link vs. Duke Nukem – Link can get older, but Duke Nukem certainly isn’t getting any younger.

Conclusion: Euthanization is sexy, if you’re an old man with a nasty blonde buzz cut.

6.) Archduke Fandral Staghelm vs. Carth Onasi – Again with the movie actors…there is good reason that I didn’t put them on the list.

Conclusion: Further evidence that the elderly are sexy to some.

4.) Cloud vs. Altair – I’ll let the masses speak on this one. Cloud is, quite possibly, the most desired gaming character of all time.

Conclusion: She has a subconscious fetish for characters with pun names, which she likely never noticed.

3.) Prince of Persia vs. QuakeGuy – Seriously? A square-shaped head versus a chiseled jaw-line, a metal helmet versus rock star hair, and triangular biceps versus perfectly sculpted abdominals. No competition.

2.) Gordon Freeman vs. Chris Redfield – Gordon could kill Chris with a crowbar before he got his gun out. But it may be intimidating to people like her to have something attractive below the surface. Though, it’s pretty hard to argue with a convicted statement like, "Schwing!" You might want to see a doctor about that.

Conclusion: Intelligence is completely unimportant, and understandably so.

1.) Auron vs. B.J. – Dying for love and loyalty versus a semi-pretty face. I feel sorry for you and your past relationships.

Conclusion: Her take on men doesn’t go beneath the cursory level.

The opposing rebuttal is so shallow that even her game character fetishes lack any dimension and value. I’ll let the comment on her page speak for itself: "Wait, wait…you’re saying that this top 10 list was BETTER than the one you linked to? Seriously? At least hers was well written.Tongue-in-cheek or not, spending a bit more than 30 seconds on it would be good. You’re hardly ‘making fun’ of her article."

By the way, if you’re going to steal my idea, at least get the title of my article right.