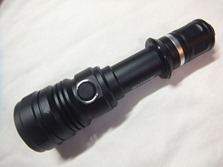 Enforcing the law has never been harder than it is in 2017. Working the beat can be stressful and grueling work. Particularly, in the current climate, with the Black Lives Matter movement and other anti-police protest groups, policing citizens is more of a challenge than ever before. Officers wanting to instill safety in communities and proactively enforce the law often find themselves face to face with those who do not value the same sentiments and in turn want to destroy or defy those whose responsibility it is to enforce the law. In this day and age, more so than ever before, law enforcement, firefighters, and paramedics need equipment that is rugged and can withstand whatever comes their way. Whether it is rough weather, a complex terrain, or challenging climate, equipment needed to perform one’s job on the street is imperative and can be the difference between life and death. This article will highlight some of the most popular rugged devices for law enforcement in 2017.