Apple is a secretive company when it comes to new product releases, and every year there’s a tremendous amount of hype in the run-up to their WWDC Developer’s Conference and other anticipated “keynote” events. It’s at these events that Apple fans find out for certain what new products are being released in the months ahead.

Despite Apple’s attempts at secrecy, in recent years there has been an increasing number of leaks from within. These leaks often prove to be accurate, to the point that some events have delivered few surprises. It’s fair to say there’s been nothing for quite some time that has come close to matching the moment when Steve Jobs announced the first iPhone or removed the first slim Macbook Air from the confines of a manila envelope. That happened at the MacWorld 2008 event.

Even though there may never again be anything with such “wow factor,” there are always strong rumors about products that will please plenty of Apple’s fan base. Here are three such rumors that seem to have some credibility:

Apple’s iPhone SE proved surprisingly popular for a smartphone that used an identical design to the 5S, which was launched all the way back in 2013.

With top-end smartphones – including Apple’s own iPhone X – now costing upwards of $1000 at the time of writing, plenty of people find themselves unwilling to hand over that much. As such, the iPhone SE has found its niche with people who still want an Apple product but are happier to pay considerably less for something that’s not cutting edge.

Although many people thought the iPhone SE would be a one-off, rumors have strengthened that Apple will continue with the range and keep it up to date with new models. If this is the case, people will not only have a cheaper iPhone option, but one with a smaller form factor – something plenty of people want in an age where phones seem to get bigger and bigger. Coupled with a cheap call plan like you can find compared here, the SE range offers a much cheaper way to sport an Apple phone. 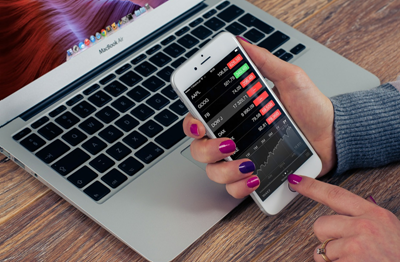 When Apple launched its new touchbar-based MacBook Pro in 2016, everyone sat up and took notice as it was something notably different. However, a couple of years later, that “Touch Bar” seems far from being an essential innovation.

What Apple hasn’t done for several years is launched a new laptop at a consumer-friendly price point, nor something to match the mass appeal of a MacBook Air for less than $1000. The MacBook Air is 10 years old at the time of writing, so rumors are building that there will be a new “entry level” Mac laptop soon. If so, there’s probably a huge amount of pent-up demand that will show itself in the form of queues outside Apple stores.

There have been rumors of an Apple-branded car for seemingly years, but nothing has materialized. However, in early 2018, CEO Tim Cook did reveal Apple was working with autonomous driving technology.

It remains to be seen whether Apple is actually planning to surprise the world with a complete vehicle. It could just be a plugin system along the lines of Apple’s current “Car Play.”

However, were Tim Cook to drive onto a conference stage in an Apple-branded car one day, it may be the one chance he has to upstage Steve Jobs’ legendary iPhone reveal!