How do you bring copious amounts of joy to BlackBerry smartphone users? By releasing a high-quality, super useful app that comes without a price tag. New apps are being developed for our mobile devices faster than anyone can keep up with, but only a fraction of them truly succeed by serving as an efficient resource to information or resources we need in our daily lives.

The ever-popular “App World” software for BlackBerry units is the main portal to all these apps for many users of the devices. It is a great way for folks to find out what’s being downloaded the most, read about the app, review the app and grab it for their own handheld. If you are a BlackBerry user and haven’t installed BlackBerry App World on your device, you’re missing out on all sorts of nifty installations that can keep you busy, entertained and informed.

So what free apps finished off January as the most popular? Read on to find out. And yes, I realize the list starts with the number 11. You’ll see why as you progress. 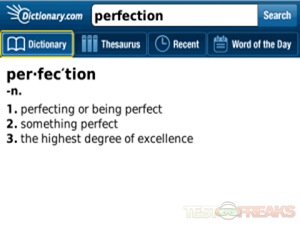 With a four-star rating and more than a half million words, definitions and synonyms, the app is a godsend to bad spellers and limited vocabularies around the world. If you’re a fan of learning new words, it also has a “word of the day” feature that teaches thousands of folks a new word that most probably forget by the next day. 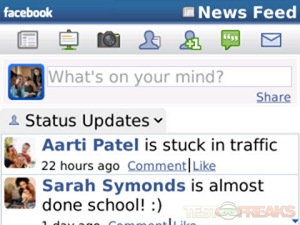 The popularity of Facebook is no big surprise. Despite the app only having a 2/5 star rating in BlackBerry App World’s system, it gets downloaded at an extreme rate every month. Personally, I hate the app and much prefer using the web browser to access Facebook’s mobile site. Regardless, the Facebook app takes a spot in the most downloaded apps just about every month – and that’s not likely to change anytime soon. 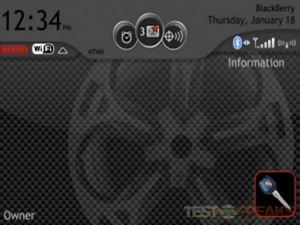 Not everything in App World is an app. Occasionally, a Berry theme will become so popular that it will make its way into the top ten. For January, it was the Carbon Fiber Theme, a theme that allows users to customize their devices with the “sleek look of today’s dream sports cars.” With unique background images, device icons, folders and downloaded apps, the theme changes the look of just about everything in your phone to a super rad motor show. Fancy. 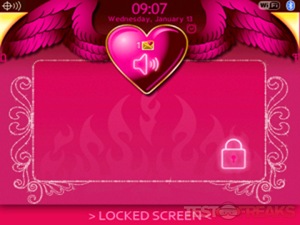 Oh, that Motek Americas and their popular themes… If cars don’t suit your fancy, perhaps you’re a fan of love. With Valentine’s Day rapidly approaching, there’s nothing terribly surprising about seeing a love-focused theme taking a seat on the top ten. It’s even got heart-shaped battery and signal meters to provide a hefty level of lovey super-cheese to your phone. If you’re buying your sweetheart a BlackBerry for V-Day, installing this theme before handing over the gift would make you that much cuter. 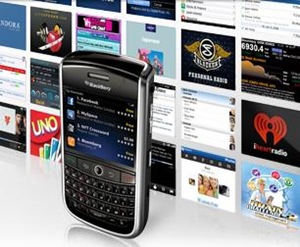 BlackBerry App World is almost always in the list. Since it’s sort of awkward (not to mention mind-bending) to include the software itself within the list of its most downloaded software, it’s not being counted as a true member of the top ten. Cheapskate! 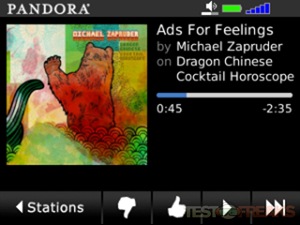 Oh my, Men Without Hats whenever I want it! Pandora has become nearly a staple within the App World top ten. The customizable web radio station became an instantly successful website, quickly expanding into other forms so people can hear tunes that appeal to their musical ears no matter where they are. The Pandora app for BlackBerry functions beautifully and couldn’t be simpler to use, offering fantastic streaming audio wherever you are. It’s musical wizardry and very deserving of the support that keeps it a successful app. 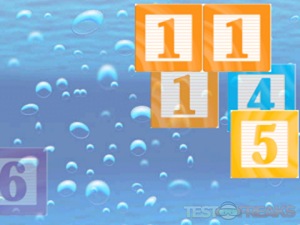 An app for infants – who would have imagined? Designed for 0-2 year-olds, this app will “keep them entertained, help them to learn and keep your BlackBerry device safe.” Basically, it allows your infant to mash the hell out of the buttons on your phone and enjoy all sorts of colors and sounds. It’s the digital equivalent of jingling keys in front of their face, and is an awesome idea for modern tech-savvy babies. Now Zeebu just needs to create a phone holster that will attach to a diaper. 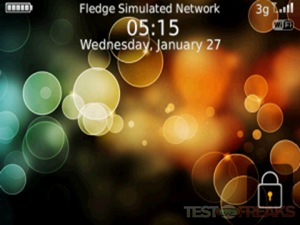 It’s a big week for themes, and the Imagining Theme takes the prize as the fourth most popular download in the free category. It’s a bunch of fancy-colored bubbles that decorate your screen. That pretty much sums it up. I guess people really like bubbles. 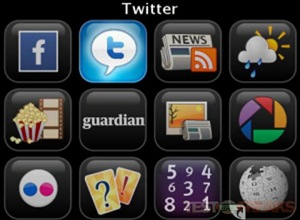 For the Twitter, Facebook, Flickr, Picasa, Accuweather-using, sports and movie loving, sudoku-playing social butterflies out there, Snaptu is an all-encompassing app that blends all the above into one speedy package. You’ll never be out of touch with anything ever again with this blend of all the world’s most popular things. Even if you want to be, Snaptu makes it impossible. 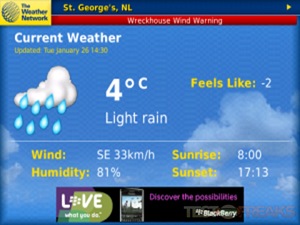 Almost the most popular app right now, WeatherEye is… well, a weather app. Currently outperforming the WeatherBug and AccuWeather apps, this app gives you all the weather info you’re used to getting – radar, forecasts, warning updates and GPS city searching. It actually has a really nice interface and is a pretty dandy weather app that is easy to read and follow. Plus it has cute little graphics of wispy clouds. 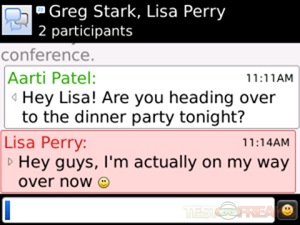 In a somewhat anti-climactic moment, we’ve reached the Top Free app in BlackBerry App World for the end of Janaury. It’s BlackBerry Messenger! The app is BlackBerry’s very own private instant messaging service for users of the smartphone’s network. It’s a decent little messaging service that apparently sparked a lot of interest this week, despite the fact it often already comes installed on BlackBerry phones. Congrats BlackBerry, you lead your own download list!

There you have it. As developers keep on developing and more clever apps emerge, hopefully we’ll see an all-new list of popular downloads next time. For now, pick up the ones you’ve been missing and experience all your BlackBerry has to offer.

What are your opinions on the current top ten?  Were you one of the people who contributed to this list, downloading these apps and helping to put them at the top?  Are you happy with how the apps and themes perform, or were you expecting more?  If you aren’t a big user of these apps, what are your favorite apps?  Let your voice be heard and tell others about your favorites – perhaps next time we’ll see them on the list instead.