Recently Verizon announced that they will soon start selling a version of the iPhone 4 that is designed to run on their CDMA network. Previously, if you wanted an iPhone, you had to do business with AT&T, the exclusive carrier for the Apple iPhone. But now, you can buy an iPhone and actually have a choice in who provides the connection.

But with Android making huge leaps in the market place, many are saying that this move will do little to curb the Android tidal wave that is threatening to bury the iPhone. From seemingly nowhere, Android is grabbing a growing segment of the smartphone market. 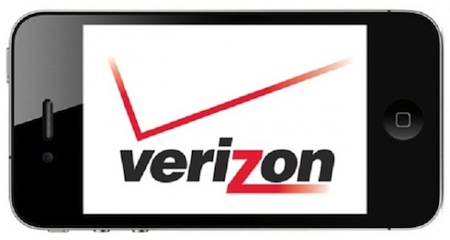 With such explosive growth, is Android poised to take the market and leave the Verizon iPhone a distant footnote in smartphone history? Well, not so fast. Let’s look at the factors involved with the announcement and how it impacts the market, at least as far as our crystal ball can tell.

When it comes right down to it, you have to remember that Apple goes for the high quality, high profit per item model, not the high volume, low profit one. This means that Apple can take a reduction in market and still carry on a very successful business. In fact, the iPhone has only about 8% of the total industry revenue, but accounts for around 32% of the total industry profit [source]. That makes the iPhone the highest profiting smart device to date.

Compare that to the average Android device, which sports a free operating system and a low profit model. For most buyers, the main selling point for Android over iPhone is a simple one – it is a cheaper smart device. Simply said, if Android was not cheap, it would not survive in the market.

How does this relate to the Verizon iPhone? Simple – it gives Verizon a reason to single out the iPhone for promotion. This could work well in Apple’s favor when it’s stacked up against Android models at the point of sale.

It is amazing to think how far the iPhone has come with only four models and one carrier. By contrast, Android has had many different models on many different carriers. And yet the iPhone is the phone to beat.

By adding a new carrier, Apple positions itself to have the strongest market penetration to date. And when the iPhone 5 drops, it will be available at more places than ever before in the history of the iPhone. Not only does this work well for launches, but also spreads out those iPhone users across different carriers instead of putting them all on AT&T.

In the future, when a new iPhone launch happens, it will be multiple carriers doing the activation and handling the traffic. This bodes quite well for the Apple marketing model.

100 Million Verizon Customers Should Not Be Ignored

Verizon boasts 100 million wireless customers. That is 100 million users that before did not have access to an iPhone because of the carrier they used. Now, when it is time to upgrade phones, the users have a new choice. And one thing that Apple has over the Android devices is brand recognition.

With so many different manufacturers of Android devices, it can become confusing. But there is only one iPhone manufacturer, and it is Apple. While the radio may be different in a Verizon iPhone, everything else works just the same (with some network specific changes not related to apps). The less technically inclined user now has an easy choice – it is either the best Android, or simply the iPhone. This is a scenario I can see taking place time and again in Verizon stores across the country.

The CDMA iPhone allows it to be sold under the Verizon umbrella of products, but it does more than just that – it opens up potential markets overseas. For example, both Japan’s KDDI and China’s Unicom are CDMA based, and the new CDMA iPhone would seem a logical fit. According to Mr. Yum, a UBS analyst [source]:

While a CDMA version of the iPhone at Verizon represents a significant opportunity for Apple to expand its addressable market domestically, the company also opens itself up to opportunities abroad. We believe it makes sense for Apple to sign additional partnerships with CDMA carriers around the world.

When you add up all of the advantages that a CDMA version of the iPhone gives Apple, it seems foolish to consider that such a move is too little, too late. If anything, it shows that Apple is committed to the Smartphone market, and they intend on taking their smartphone to markets it has never been before. If anything, it is a great example of logical growth for a company that has so far had a great history with turning a small share of market into a huge success.