Bethesda looks like it has a few great games coming out this year, the first one would be Brink and we won’t see it until may sadly. Rage though looks like the one to watch.

Bethesda Softworks, a ZeniMax Media company, today announced the release dates of four multiplatform AAA titles shipping in 2011. Brink , Hunted: The Demon’s Forge , RAGE™, and The Elder Scrolls V: Skyrim are all slated for release on the Xbox 360® video game and entertainment system from Microsoft, PlayStation3 computer entertainment system, and Games for Windows. 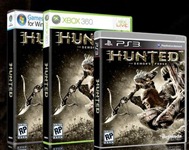 Brink , an immersive first-person shooter under development at Splash Damage, will be available in North America on May 17th and in Europe on May 20th. Brink was named as the ‘Game of Show’ at Eurogamer Expo 2010, while G4TV.com declared " Brink takes shooters to a whole new level." Blending single-player, co-op, and multiplayer action into one seamless experience, Brink features dynamic battlefields, extensive customization options, and an innovative control system.

Hunted , a fantasy action game, will be available in retail stores across North America on June 1st and on store shelves in Europe on June 3rd. Hunted is a fresh take on the classic dungeon crawl experience that delivers the intensity and action of a modern-day shooter. Hunted , under development at inXile Entertainment, has been called "A Dungeon Crawl for the Gears Age" by Kotaku.com and has been described by Eurogamer as "violent, deceptively thoughtful and witty."

"We are thrilled to offer our fans such a strong roster of games," said Vlatko Andonov, president of Bethesda Softworks. "We are particularly excited to present such a diverse lineup of high quality titles.  2011 will be a great year for gamers."

Hunted , Brink , RAGE , and The Elder Scrolls V: Skyrim have not yet been rated by the ESRB.

For more information visit Hunted at www.HuntedTheGame.com, Brink at www.BrinkTheGame.com, RAGE at www.RAGE.com, and The Elder Scrolls V: Skyrim at www.TheElderScrolls.com.