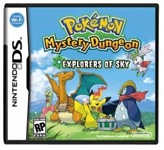 I’m amazed that Pokemon has been around for as long as it has.. but here’s another one:

Today’s launch of the 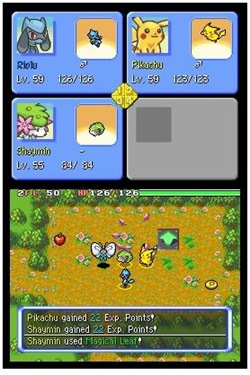 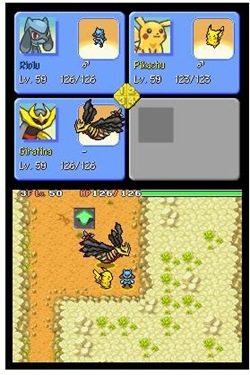 The game also includes a number of interactive elements that let players connect with one another. Players can send a demo dungeon to a friend’s Nintendo DS or Nintendo DSi system over a local wireless connection, or access special missions over Nintendo® Wi-Fi Connection via wireless broadband Internet access. Up to two players can also trade items over a local wireless connection.

About Nintendo: The worldwide pioneer in the creation of interactive entertainment, Nintendo Co., Ltd., of Kyoto, Japan, manufactures and markets hardware and software for its Wii™, Nintendo DS™ and Nintendo DSi™ systems. Since 1983, when it launched the Nintendo Entertainment System™, Nintendo has sold more than 3.1 billion video games and more than 526 million hardware units globally, including the current-generation Wii, Nintendo DS and Nintendo DSi, as well as the Game Boy™, Game Boy Advance, Super NES™, Nintendo 64™ and Nintendo GameCube™ systems. It has also created industry icons that have become well-known, household names such as Mario™, Donkey Kong™, Metroid™, Zelda™ and Pokémon™. A wholly owned subsidiary, Nintendo of America Inc., based in Redmond, Wash., serves as headquarters for Nintendo’s operations in the Western Hemisphere. For more information about Nintendo, visit the company’s Web site at www.Nintendo.com.

About Pokémon: The Pokémon Company International, a subsidiary of The Pokémon Company in Japan, manages the property outside of Asia and is responsible for brand management, licensing, marketing, the Pokémon Trading Card Game, the animated TV series, home entertainment, and the official Pokémon website. Pokémon was launched in Japan in 1996 and today is one of the most popular children’s entertainment properties in the world. For more information, visit www.pokemon.com.