One of the best games out there is getting a game of the year edition, that’s right it’s Red Dead Redemption and the GOTY edition is going to be rather larger with pretty much everything included. On October 11th you can get it all for $49.99. The Myths and Mavericks Bonus Pack is out now and available for free to download on Xbox LIVE and PlayStation Network. 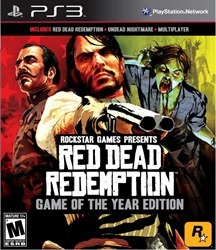 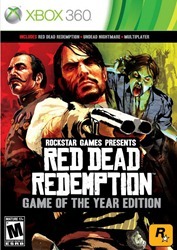 Red Dead Redemption: Game of the Year Edition will include the full, original Red Dead Redemption game; all free and paid downloadable content packs released to date, including the wildly popular Undead Nightmare single- and multiplayer offerings; and all bonus content. The comprehensive package includes:

Set in the early years of the 20th century, Red Dead Redemption is an epic Western journey across the vanishing American frontier through the eyes of former outlaw John Marston. Alongside the rich, immersive single-player experience, Red Dead Redemption’s multiplayer offers a world of dynamic challenges and competitive games suited for a player of any skill level.

Red Dead Redemption: Game of the Year Edition is rated M for Mature by the ESRB and will be available at retail stores in North America beginning October 11, 2011 for $49.99.