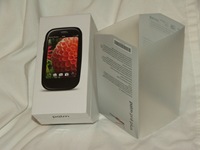 Yes, Monday the 25th both the Palm Pixi Plus and the Pre Plus will be hitting the Verizon network. They have an offer on both so that you can get a $100 rebate on them dropping the price quite a bit, and they even have a better offer where you could a free Palm Pixi Plus. You can either buy the Pre Plus or the Pixi Plus and get a Pixi Plus for free after mail-in rebate, but the offer is only valid until February 14th. The prices would be $149 for the Pres Plus and $99 for the Pixi Plus after the rebates, and both of course require the two—year agreement. Both of these devices come with a built-in 3G Mobile HotSpot that can be used to enable or share the connection on up to five other wi-fi capable devices.

Yesterday morning Fedex delivered both the Pres Plus and the Pixi Plus to me for review, so be on the look out for those reviews after I get in some time with them. For now though I took some pictures of them and I’ve included the official Press Release about the phone hitting Verizon on Monday. 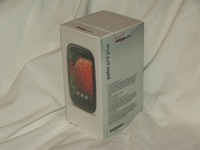 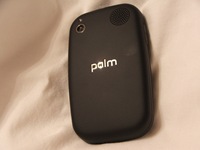 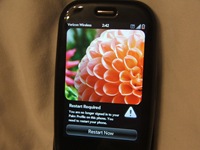 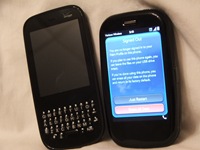 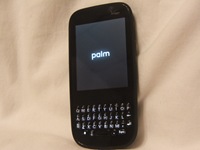 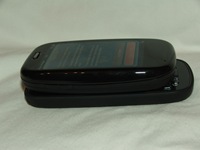 AVAILABLE MONDAY: PRE PLUS AND PIXI PLUS ON VERIZON WIRELESS’ NETWORK

Both Palm Pre Plus and Palm Pixi Plus come travel-ready with a built-in 3G Mobile Hotspot – a Wi-Fi hotspot that can be shared among five Wi-Fi-capable devices.  The 3G Mobile Hotspot is the perfect family vacation companion, and at $40 for 5 GB and 5 cents per megabyte overage, it provides an allowance big enough for sharing with the entire family for downloading games, Internet access and more.

In addition, Palm Pixi Plus customers have more options for personalizing their phones with the new color Pixi Touchstone™ Back Covers.  The covers will be available in pink, blue, green, orange and black for only $29.99 each at www.verizonwireless.com and in Verizon Wireless Communications Stores.

Customers will receive the handset rebates in the form of a debit card; upon receipt, customers may use the card as cash anywhere debit cards are accepted.

Palm, Pixi, Pre and webOS are trademarks of Palm, Inc.