Today for review I have a case or chassis from Cooler Master called the HAF XB. This is a smaller style case, what might be called a lanbox but it’s not just for gaming of course as you can use it for anything. What makes the HAF XB really special is the fact that it also doubles as a test bench. Me, being a reviewer, can very much appreciate a tech bench as it makes life easier for testing products. Just because it’s a test bench doesn’t mean that the average user can’t use it, in fact being a test bench allows you to fully open it up and get inside making installation of you system just that much easier. The HAF XB is small in size but it’s got a lot of room inside thanks to the excellent design of it. The HAF XB allows you to use even the largest video cards and you can easily fit three of them inside for a nice gaming system. The case comes with two fans pre-installed but there is room for more if you need more cooling, and the case can be used with liquid cooling as well or any combination thereof. It’s from Cooler Master so you know it’s a quality made case, and that HAF XB is that and more. The case is very well designed to maximize all of the available space and still make it easy to install even the highest end systems in it. So read on for a rather lengthy review of the HAF XB…

The box for the HAF XB looks great, it’s well designed with lots of pictures and information on it. 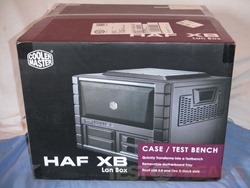 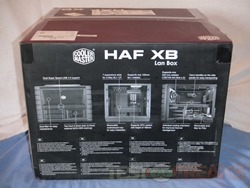 Inside you’ll find the HAF XB packaged very well for protection with styrofoam and plastic. 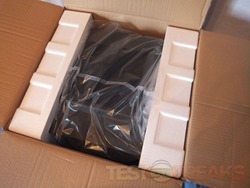 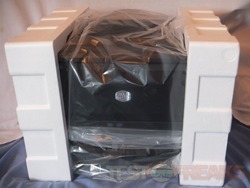 On the side, in the box, I found the user guide 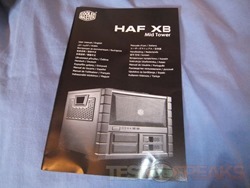 The HAF XB I got is all black in color and that’s fine with me, I like black. It’s a semi-gloss finished case made of mostly metal with plastic as well but that’s to be expected. 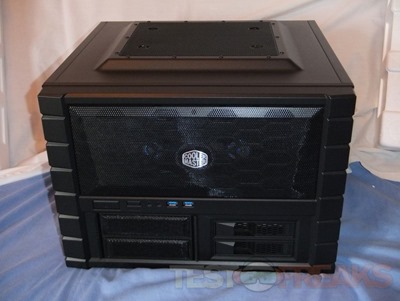 On the front you’ll see a very large mesh section behind which you’ll find two 120mm cooling fans, but you can swap them out for 140mm if you wanted to. 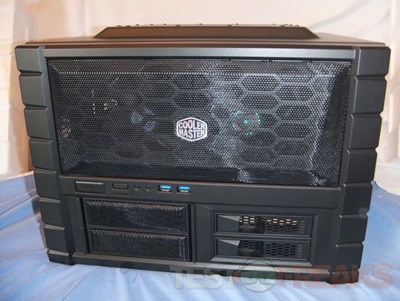 Below the mesh on the right side you’ll see two of what Cooler Master calls X-Docks. You can put 3.5” or 12.5” drives in these and you can pull them for hot-swap capabilities. 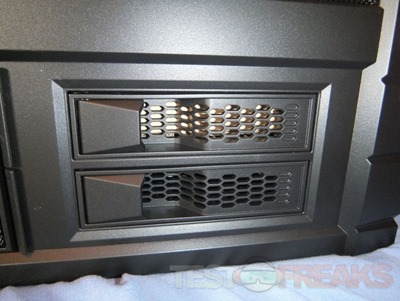 On the left you’ll see the power and rest buttons along with audio ports and two USB 3.0 connections. Below the the front panel controls are the 5.25” bays. 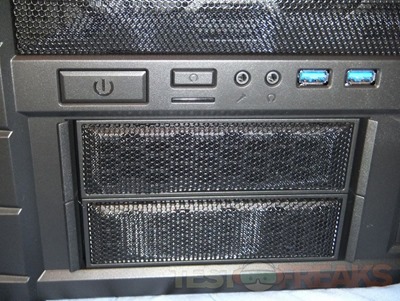 The right and left side of the case look exactly the same, a large handle with plenty of ventilation.  These side panels are easily removable and slide upwards after you remove the thumbscrews holding them in place. 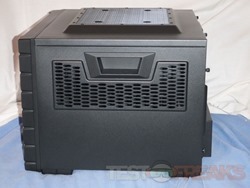 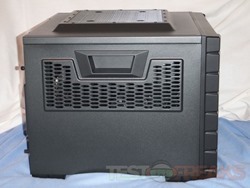