I didn’t know where to start here as the HAF XB is also a test bench so it opens up fully all around for quick and easy access to everything.

We’ll start with the front and the front bezel easily pops off to getter a better view at the inside and the fans. 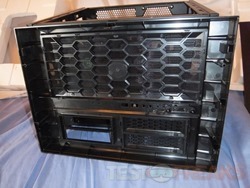 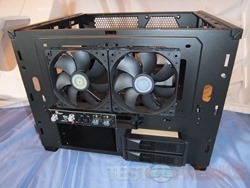 Here’s a view of the front panel itself and then one of the fans, not much to say really, it is what it is. 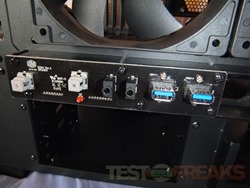 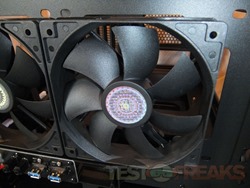 The accessories box is in one of the X-Dock hard drive trays. 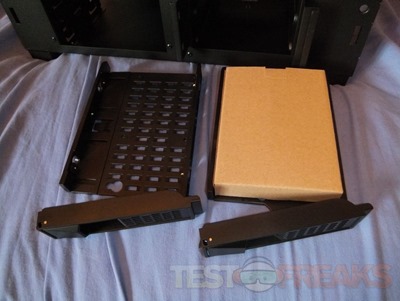 In the accessories box you’ll find the hardware for installation along with plenty of zip ties, drive rails and a small speaker that can be attached to your motherboard. 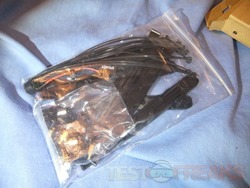 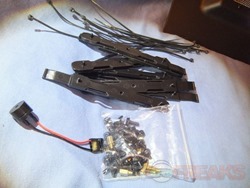 The trays expand to make installing a drive in them easier, you won’t have to fight and bend the trays to get the drive in, just open it up, put the drive in and close it and you’re done. 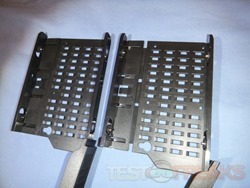 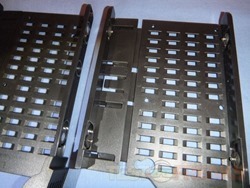 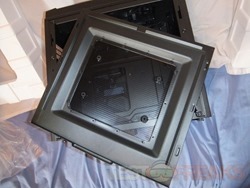 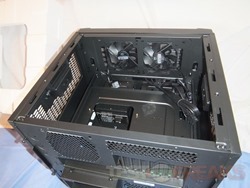 Here’s a better view of the tray for you: 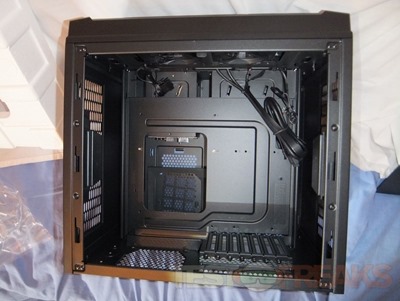