Here’s the two 120mm front fans viewed from the inside. The fans run at 1800rpm so I would expect them to be relatively quiet, but move enough air to keep things running cool. 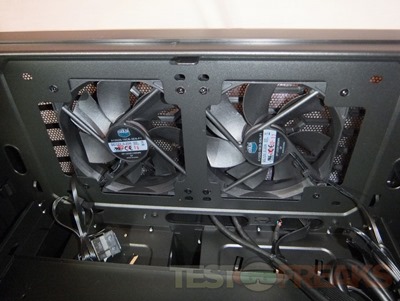 The motherboard tray does have a nice large cut-out section to make swapping CPU coolers easier and you’ll find two stand-offs already installed for you. The holes are labeled so you know which to use for what type and size of motherboard you’re putting in the case. 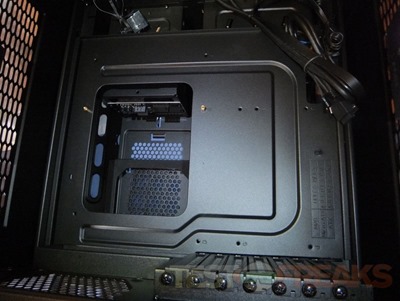 Hanging around inside on top of the tray are the fan connections and the front panel connections for audio, USB 3.0 and the power and reset. 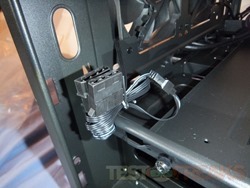 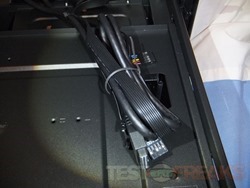 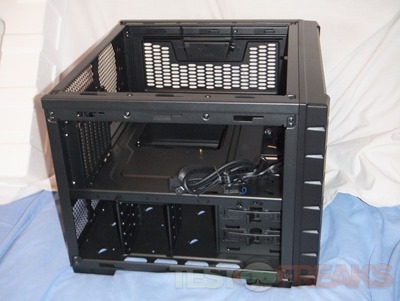 If you look closely you can see the two thumbscrews in the center rail that hold the motherboard tray in place, there are two on each side of the HAF XB keeping it secure. 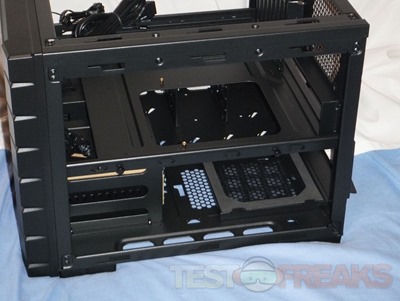 Your power supply will sit on a slightly raised and padded platform allowing it to pull air from the outside through the filter and then out through the PSU. The padding of course should help keep it running quieter by reducing vibrations. 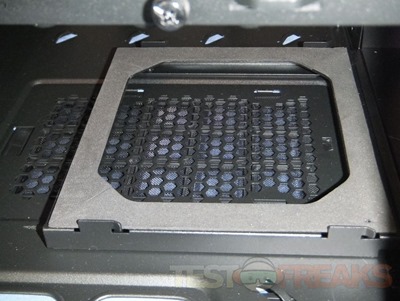 On the left side, if you’re looking from the front, is where the 2.5” drive cage is located it can hold four drives. 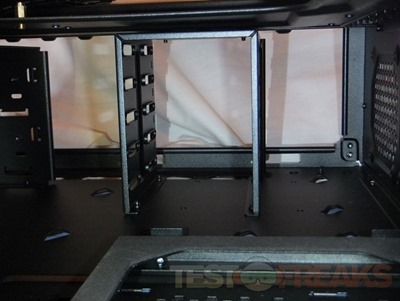 Here is the back of the two X-Dock trays, your drives plug into them on the other side and you make your connections on the inside of the case. The two drives are powered by a single Molex power connection. 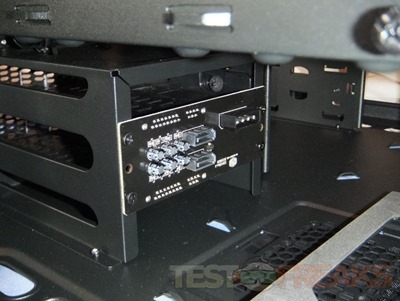 So removing the four screws releases the motherboard tray, and here it is: 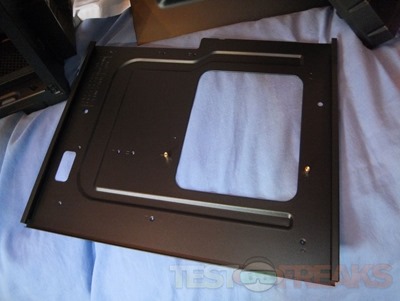 Once the tray is out you can get a better look at the bottom of the case, the PSU spot, and the various racks for your devices. 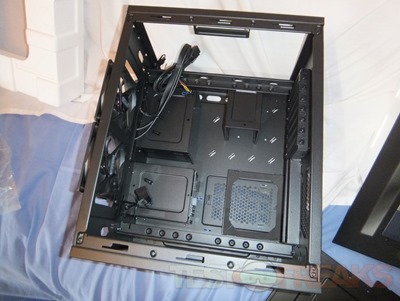 So that was  a lot to cover and that was just the unboxing really, we’ve got more to go, so continue on for the installation section.