Home automation is the latest frontier that tech companies are trying to conquer. Even the big names in tech are joining in as Google has bought out Nest and recently acquired Dropcam while Apple launched HomeKit a protocol for unifying devices using Apple as a central platform. As more companies are getting in on the action today we will look at a Smart Plug from D-Link.

Similar to Belkin WeMo platform, the D-Link version can be networked for remote controlled operation using a smartphone or tablet. The Wi-Fi Smart Plug DSP-W215 can turn on/off any device that is plugged into its receptacle. In addition it has a thermal sensor to keep appliances from overheating and can monitor a plugged in device’s energy use.

The Wi-Fi Smart Plug DSP-W215 arrives in a white and turquoise cardboard box with the device visualized on the front. On the back is a list of features along with an image of the app running on an iPhone 5 and Android phone. Looking at the sides of the box we see the specs of the unit along with minimum requirements and package contents. 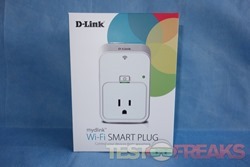 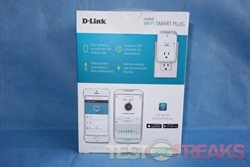 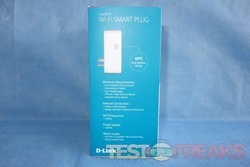 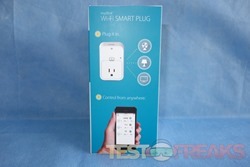 Inside the package we find the Wi-Fi Smart Plug DSP-W215 and a Quick Install Guide. 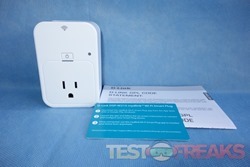 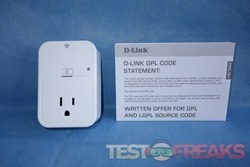 The Wi-Fi Smart Plug is a white plastic plug, which can easily be mistaken for a surge protector. It features one three-pronged outlet with a Power LED and Power button just above it. On the right hand side is the Status LED that indicates Wi-Fi connectivity. At the top 1/3 is a Wi-Fi icon logo. 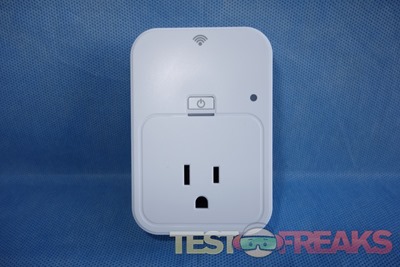 Embossed on the top of the Wi-Fi Smart Plug is the D-Link name. On the back is the typical electronic data label along with the Serial Number, MAC ID, Wi-Fi name and Pin Code. A QR code is also found here as well. 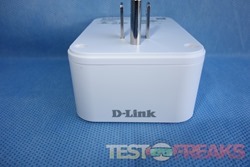 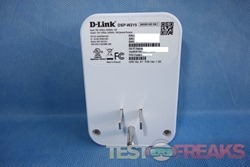 On the left side of the Wi-Fi Smart Plug is the WPS (Wi-Fi Protected Setup) button which doubles as the Reset button. 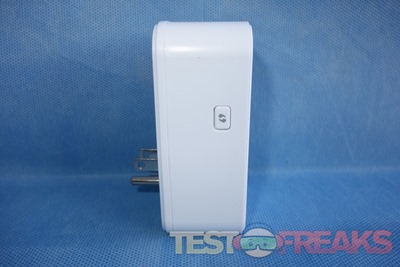 Here is the Wi-Fi Smart Plug compared to the Belkin WeMo Plug. The D-Link version is smaller in size, although both plugs need to be plugged into the top part of an outlet to keep the bottom portion of the native outlet accessible. 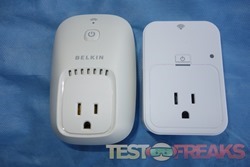 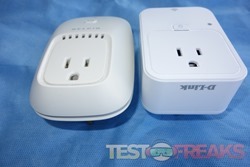