When it comes to kids there’s a lot of games for them but not much in the way of peripherals really. Genius recently sent over the Kids Designer graphic tablet for kids for me to review. I let my 5yr old son play with it and he likes it a lot. I then had to use it myself and I have to say for a kids tablet it’s not bad at all.


So it comes in a box which I don’t care for personally as it depicts the idea that you can actually draw on the tablet but you really can’t. 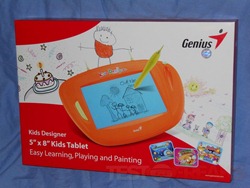 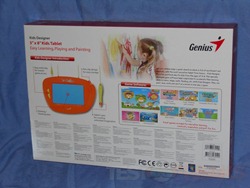 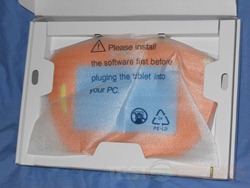 Included with the tablet is just a user manual and CD. 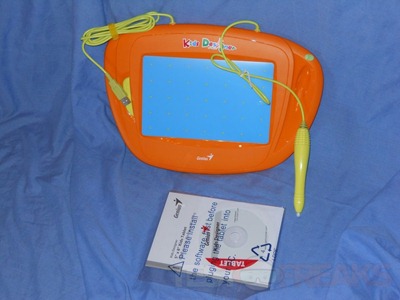 The tablet is for children so it’s brightly colored in orange, blue and yellow. The Kids Designer logo is at the top while the Genius one is at the bottom. 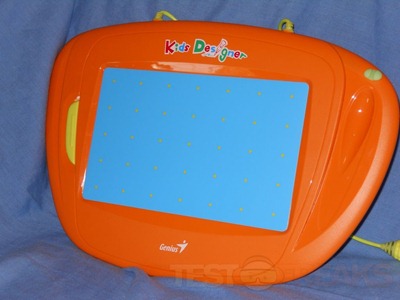 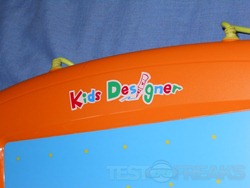 The working space is five inches by eight inches with dots on it. 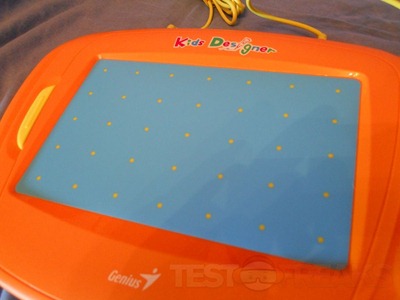 There’s a single button on the left side. 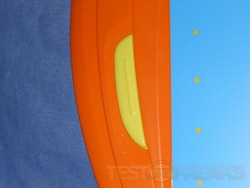 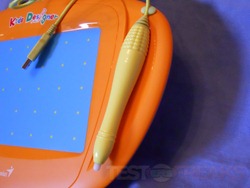 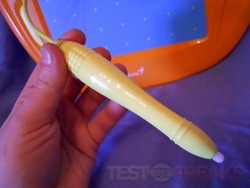 The back of the tablet is bright blue with the ID label on it. 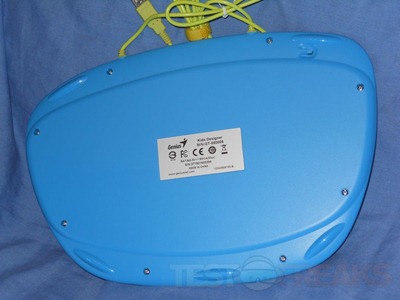 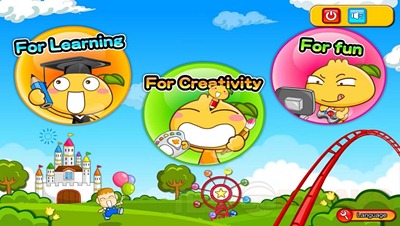 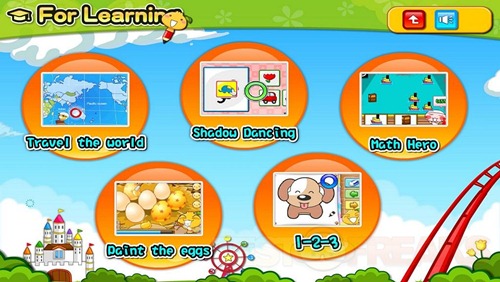 Travel the World is a shape matching game really, they show you the shape and name of a country and you drag and drop it onto the appropriate space on the map.

Shadow Dancing is rather fun, you math the shadow to the shape.

math hero is about selecting grater than or less than of the objects shown on screen.

Paint the Eggs is a memory type game. There’s a basket of eggs and you’re shown which ones are painted for  a few seconds, then they go blank and you have to paint them again.

1-2-3 is following the number drawing. When the pictures is complete it fills in colorfully.

Under For Creativity you’ll only find two activities, Colorful Painter and Learning Board. 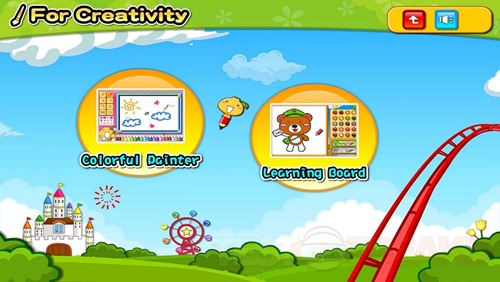 Colorful Painter is just a painting activity, free to do what you want.

Learning Board is a combination of drawing and coloring with three activities included in it actually.

The next section if For Fun where you’ll find four games: Pet Party, Magic Box, Fish-catching fun and Animal Keeper. 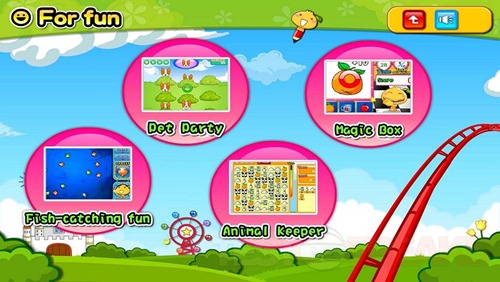 In Fish-catching fun you just have to draw a circle around the colored fish that appear on the right side, fairly simple but fun.

Pet Party is sort of like Whack-a-Mole really, only no whacking involved. Animals pop up from behind the bushes and you have to select the ones that match what is shown at the top.

Animal Keeper is kind of like the gemstone games out there, you rotate the pieces to make matches.

The last game is Magic Box where a part of a picture is shown and you have to select what it’s from.

Conclusion:
The Kids Designer tablet from Genius  is great for small children I think, it’s colorful and well made. My five year old son very much enjoys using it for the included games and even with other things in windows.

The games are bright and fun and similar to others. They are all for learning even though they are disguised as games. The Kids Designer tablet can help make learning fun. for children.

Pros:
+Colorful and well made
+Great for kids
+Included games are educational and fun

Cons:
-Not accurate all of the time really