So I’m back again with another microSD card review, I’m gathering quite a collection aren’t I? Today for review I’ve got a SanDisk microSDHC card but this one is sort of special as it’s a UHS card or ultra high speed. It’s a class 10 so you can expect it to be speedy, being a UHS card though it’s supposed to be even faster than class 10 so. So read on to see how it performs against other microSD cards…

The SanDisk card comes in a cardboard hang style package, not much special but it is colorful and full of information, most noticeably the big Android on the front. 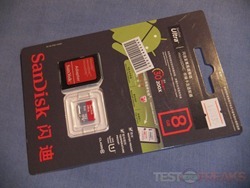 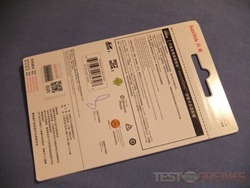 The card comes with an SD adapter and a QR code to download the Android app. 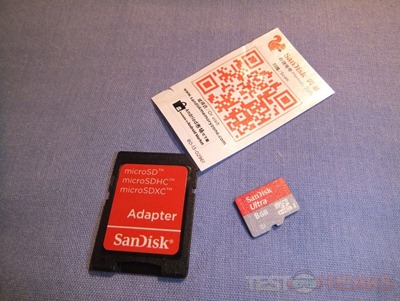 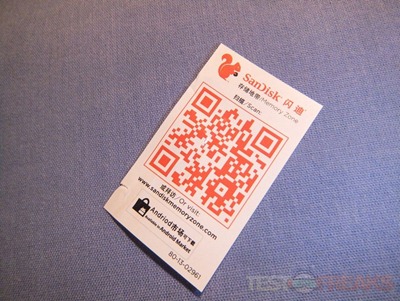 The majority of microSD cards out there are black, but this one is red and gray in color which makes it easier to find if you drop it on the floor. The colors aren’t the only thing special, this card is waterproof, x-ray proof, temperature proof, and shockproof. 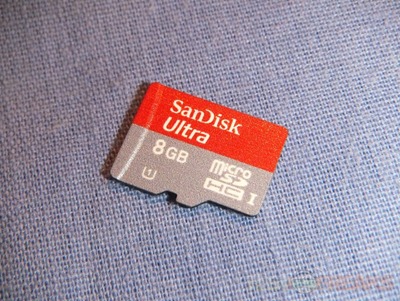 The back of the card though is black. 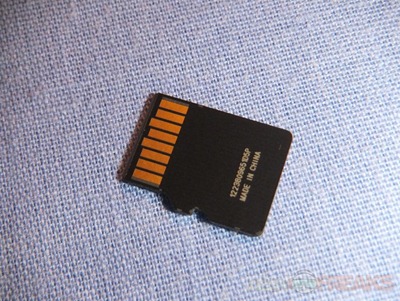 The card does come with your standard SD adapter: 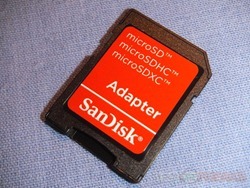 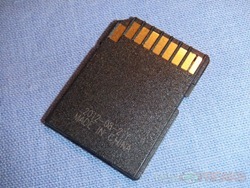 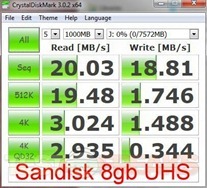 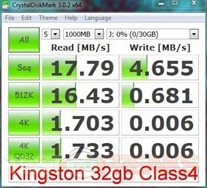 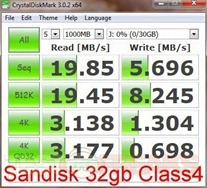 As you can see the SanDisk is a fairly fast card, especially the write speeds.

Next up is ATTO and here’s the results and then a handy graph below them:

Here’s that graph I mentioned: So there it is, this little microSDHC card is the fastest of the bunch I’ve got on hand. In terms of write speeds it’s very fast but read speed is similar to the other three closest to it.

The card though doesn’t hit the 30 mb/s listed on the package, but it’s still fast!

Conclusion:
For a microSD card this one is fast, there’s no doubt about it. I do like the red and gray colors, it’s certainly a nice change from the common black.

This card came from Deal Extreme where shipping is free, the cost of the card is $10.90, so that’s all you’ll pay really.

There’s not much more really to say about this card, it’s a microSDHC card, it’s not that exciting but it’s something we need to use with our mobile devices.

This one isn’t that bad, it’s pretty good in terms of performance.