The first thing to do was install the hard drives, it’s simple, just get your drives and screws and attach them to the brackets. I’m using two Seagate 7200.12 1tb drives that I use in all my NAS boxes for testing. 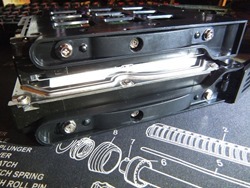 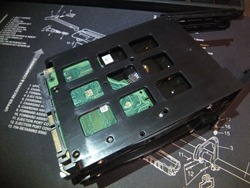 You sort of have two options for the actual installation or setup of the N2310, you can do it online or via the included software, but online is really just the software.

This is the website is shown here below and from that you can download the Thecus Intelligent NAS installation software. 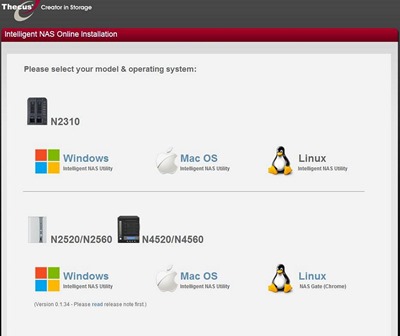 Using the software is simple, just follow the prompts and let it find the N2310 and things will get going. The first screen below shows the program finding the N2310, the second is setting up raid, the third and fourth are the actual raid creation which takes as long as it takes depending on the size of the disks you are using. 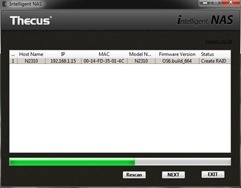 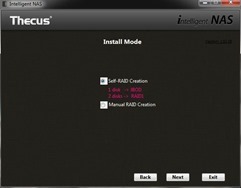 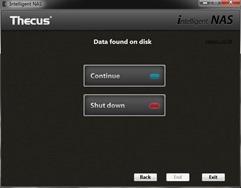 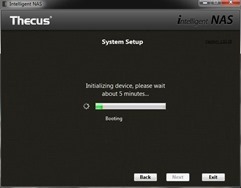 During this process you’ll need to either log into or create a Thecus ID which can be used to access the Thecus store and for the DDNS feature. 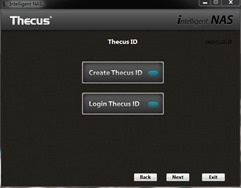 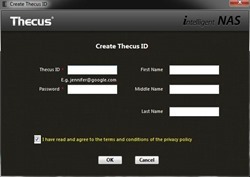 From the CD you can also access the documentation to help you get things up and running and of course the install program. 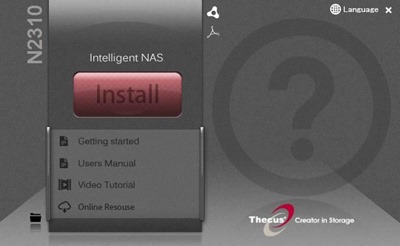 Once you run through the program for the initial setup you can finally access the N2310 via your network IP address which brings up the login page. The screenshot below was taken after I added something to the login page, but on first boot you’ll most likely only see the Admin icon. 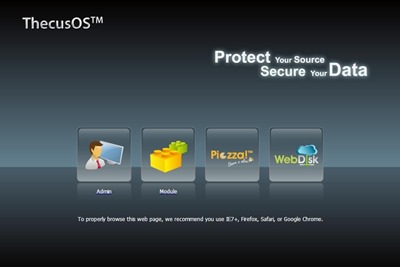 Once logged in you’ll be greeted with the System Initialization Setup Wizard and you’ll just fill in as needed and follow the prompts. I should note you might not have to do this system wizard if you already setup the NAS through the software. I originally set the N2310 up as Raid 1 by mistake and I didn’t want that, I wanted Raid 0 so I went and used this Initialization Wizard to fix that. 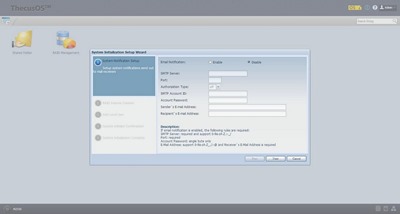 Here’s each of the steps in the setup 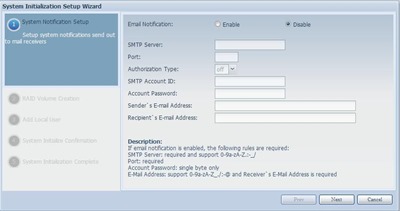 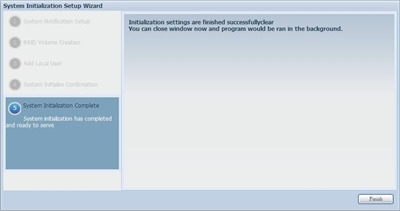 The next thing I did was install applications and update the NAS itself, not in that order, I updated first of course. The N2310 comes with Mobile dashboard, Plex, Piczza, the Thecus OS, Bitorrent client and WebDisk ready to be installed. If you want more applications you’ll need to go to the Thecus appstore. 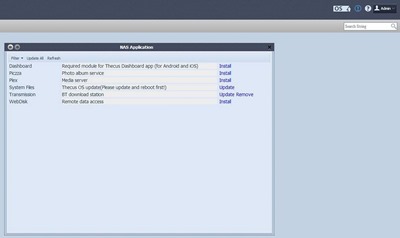 The Thecus appstore seems a bit young, it doesn’t have many apps in it, only 258 when I took this screenshot. 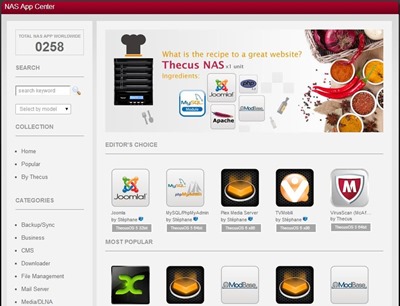 You can search the store by model and looking up the N2310 shows you just a few apps to install, just 16 at least count, and some of them already come with the NAS. One big thing missing I think is the lack of security surveillance program, I don’t’ think I’ve ever come across a NAS that couldn’t do some sort of security surveillance, even if it was in a limited way. 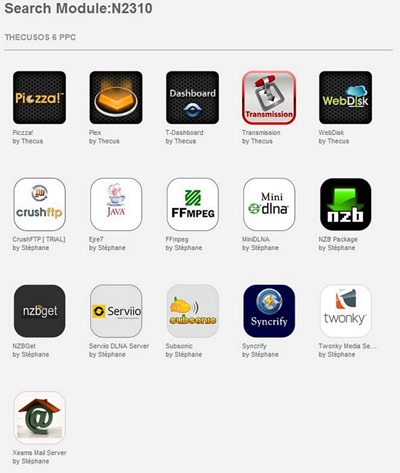